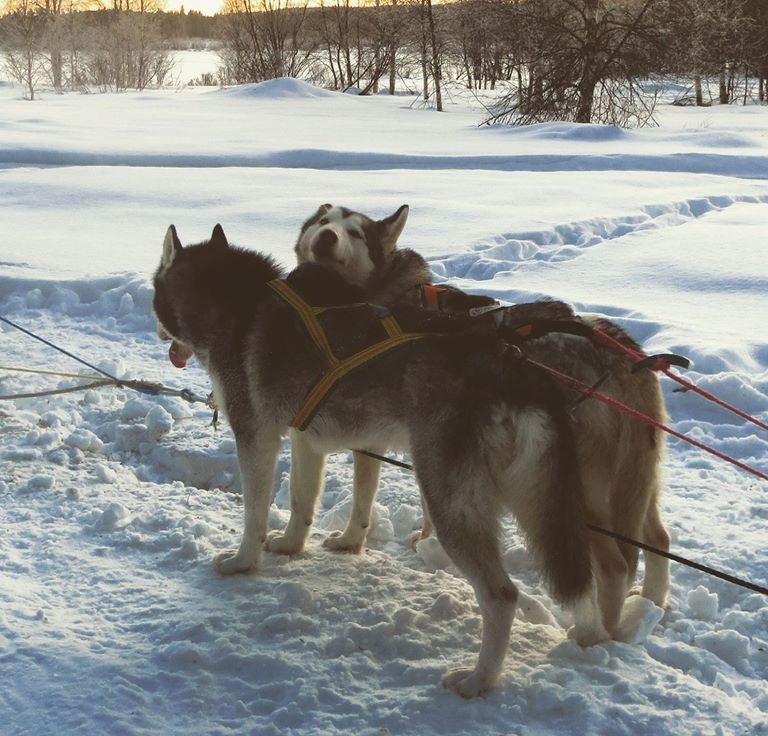 I stood on the sled and the dogs became even more excitable. The guide removed the anchor and I had to put all my weight on the foot brake in order to stop the dogs from shooting off into the distance. The guide went first and after a few seconds, the next sled followed. It was then my turn and I must confess that I was wary of the first corner as it seemed impossible that a wooden sled could make such a turn. I took my foot off the brake and we were off. After navigating the first corner with ease the dogs burst onto the snowy plains. All nerves disappeared as I listened to the gentle sounds of the sled on the snow. The sled itself was fairly easy to control. There was a brake between your feet and when you wanted the dogs to slow you simply pressed your heels down and the brake would dig into the snow. For this reason, I was able to simply enjoy the experience. 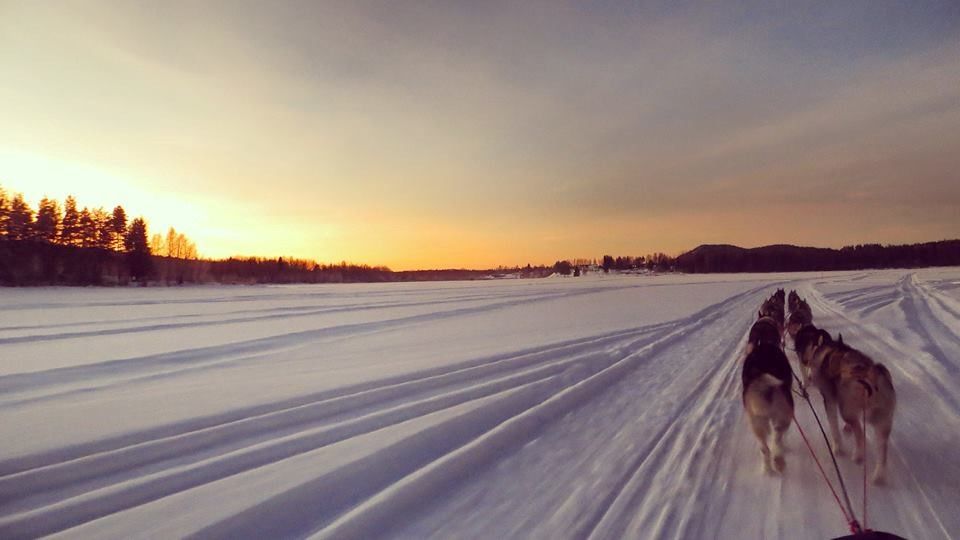 It was a surreal moment to think that only days ago, I was in the office and now I was in the middle of Swedish Lapland, guiding a team of huskies amidst a stunning Lappish sunset and fragrant pine forests. The terrain was beyond tranquil and it was hard not to become lost in the experience. I gazed at the stunning sky reflecting on the pristine snow whilst moving peacefully through the wilderness and I did not want this day to end. I can honestly say that husky sledding is, without a doubt, one of my most memorable travel experiences.

« The 7th Room is finally here! Snorkelling with dolphins in Madeira! »