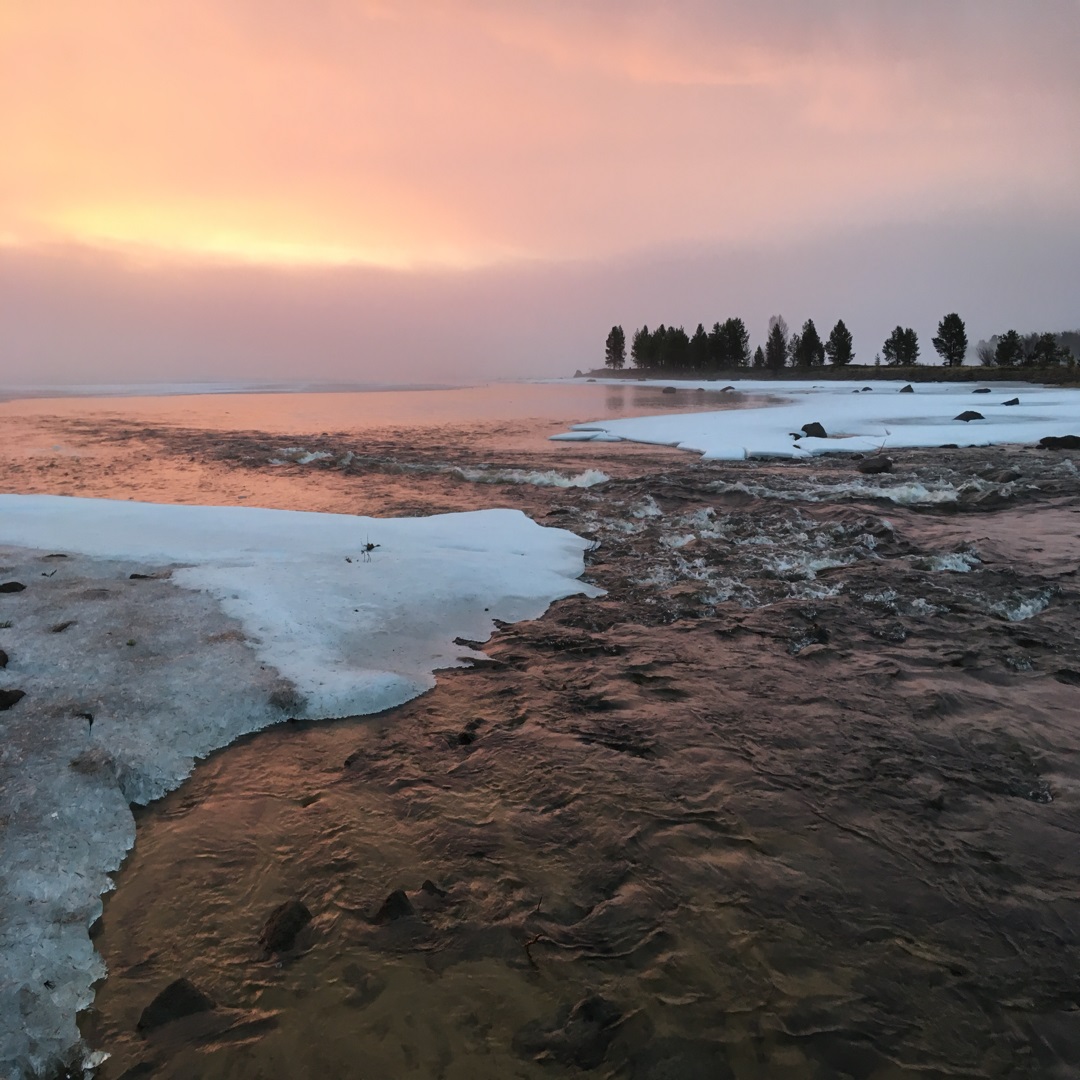 The Arctic Circle is generally associated with winter and long, dark nights but I have always found the prospect of the Midnight Sun and the endless summer days to be alluring. It is something which is hard to understand when you come from a world that has both light and dark each day. In fact, this natural phenomenon seems so unnatural to us in the UK that it can divide opinion. I have since returned from the far north of Finland and having just experienced the Midnight Sun for myself I can honestly say that it should be on every bucket list, and don’t worry, the hotels in Finland have excellent blackout blinds!

Having never travelled to Finland in May before I was unsure of what to expect. Four days before departing one of our local partners had posted a video of heavy snow and this had thrown me into a packing frenzy. I must have packed and re-packed about seven times and I ended up with clothes for every season. Such is the nature of Finnish Lapland and its northerly location that the weather can be unpredictable, but the last thing I expected was to arrive to clear blue skies and temperatures of 25°C. I had to wonder whether I had accidentally wandered onto a flight to the Mediterranean but as I left the airport and meandered along roads which flanked a partially frozen lake, there was no mistaking I was in the Finnish Arctic. 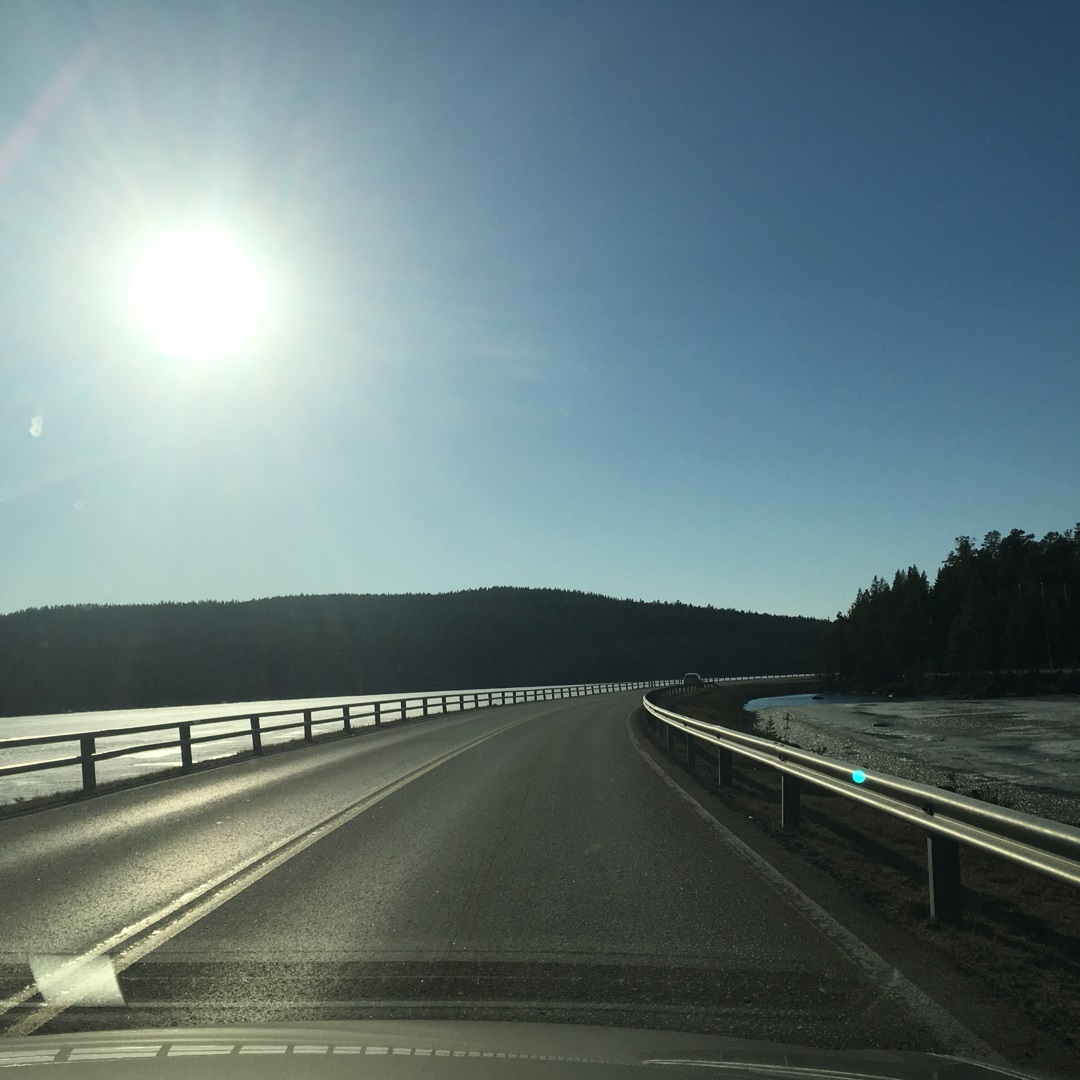 My introduction to Finland was swift, immediately after leaving the airport, two reindeer wandered nonchalantly across the road. I stopped to admire these iconic animals before driving to our accommodation. I was immediately spellbound by the setting. The sun was like a bright orb in the sky and the areas of the lakes which had thawed were replaced with powerful rapids. It was like the water had literally woken up after months of hibernation. The surrounding pine forests were a mixture of greens and browns and small piles of winter snow still lay in patches on the ground. 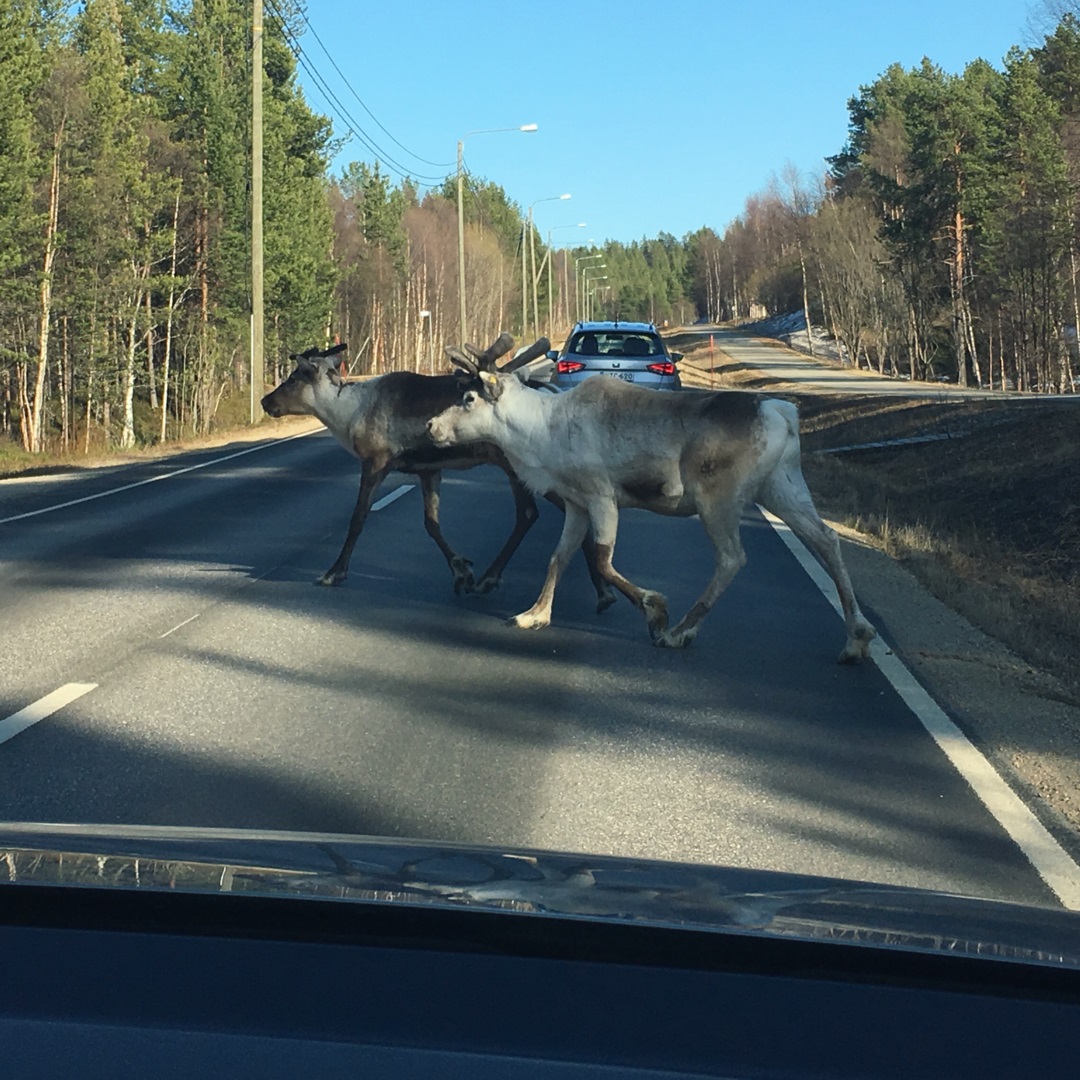 Already I had a sense of the Midnight Sun. It was early evening, but such was the brightness of the day, that it felt like it should be 10 am. The sun was still relatively high and there was no sign of it descending. Driving through Finland it seemed that all the locals were outside. Children on bicycles and adults pottering around in the garden. In this part of the world, they call this period ‘The Nightless Night’ and they certainly make the most of the long daylight hours. 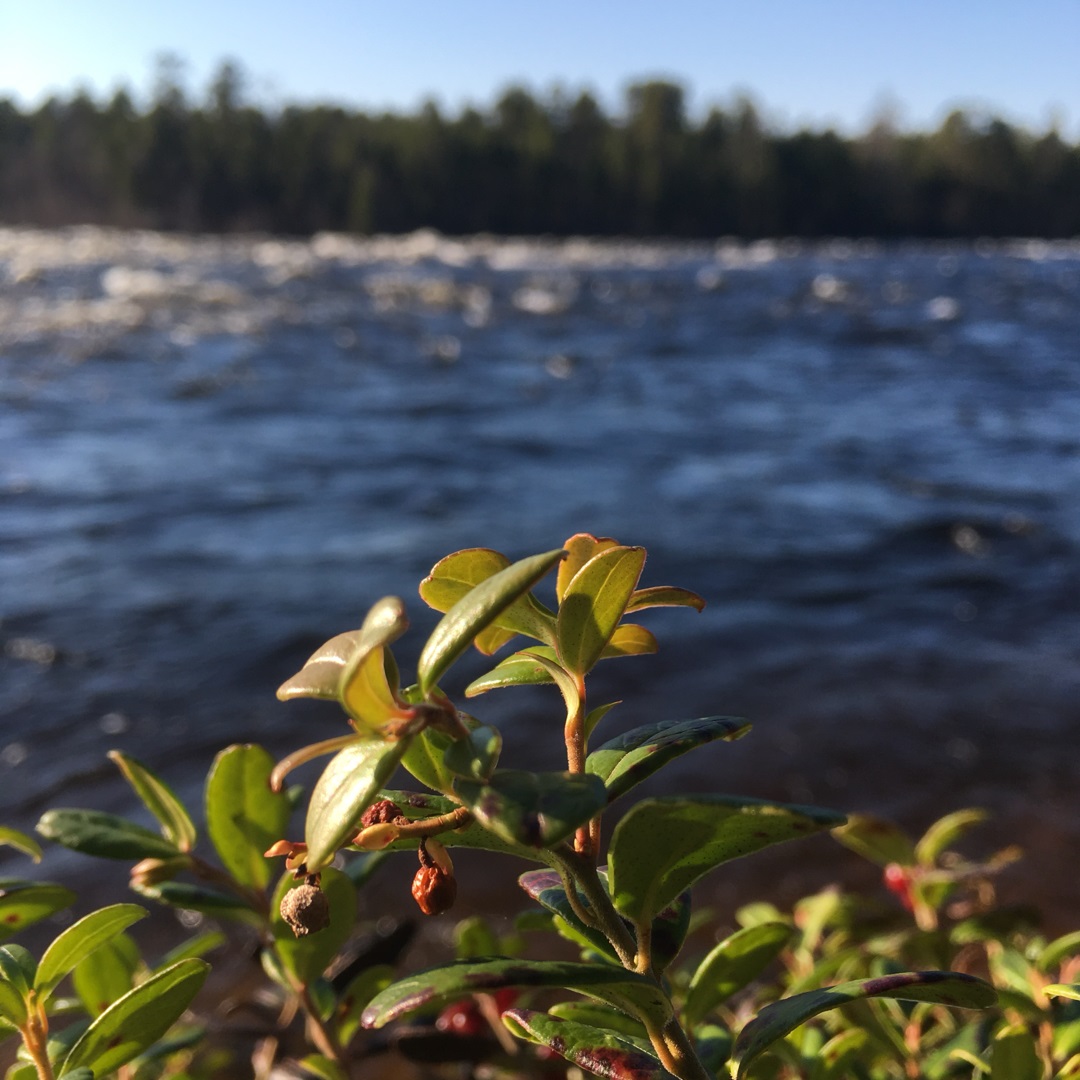 Our accommodation was the perfect setting to experience this natural phenomenon. My log cabin was located on the shores of a lake and had stunning views. It seemed unusual that most of the lake was frozen given the temperatures and large chunks of ice were breaking off and floating off down the rapids. 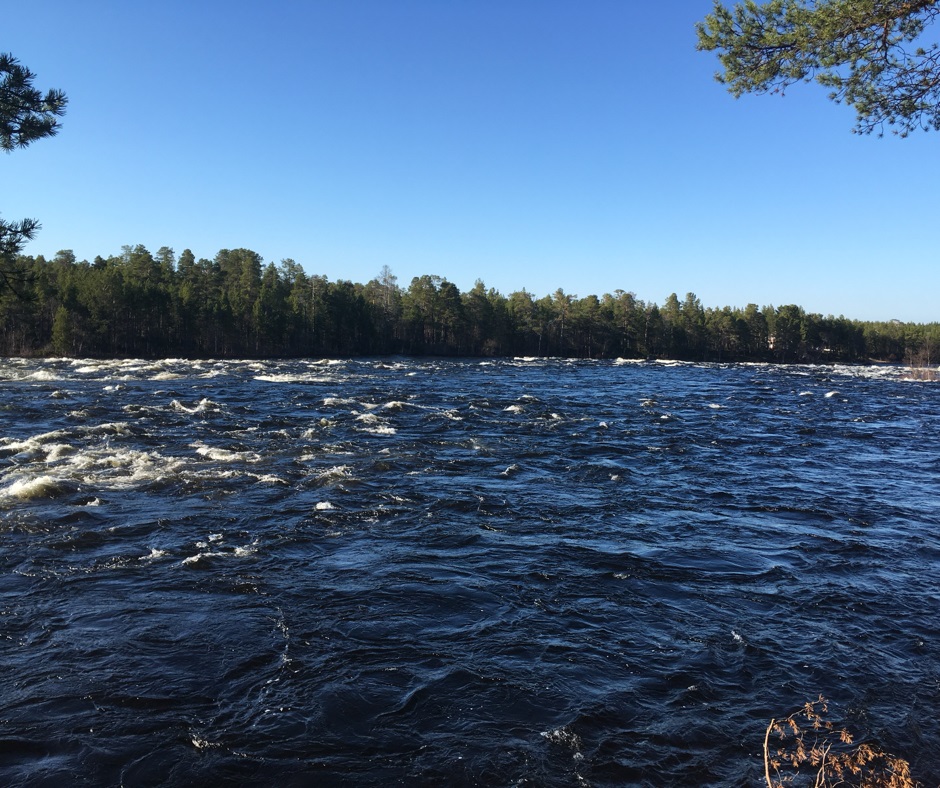 As the hour grew later, the magic of the ‘Nightless Night’ became more pronounced. I went outside at around 11 pm and the landscape was bathed in spectacular colours. Different shades of orange and pink were reflected off the water and this created a stunning picture when combined with the thick pack ice of the lake. 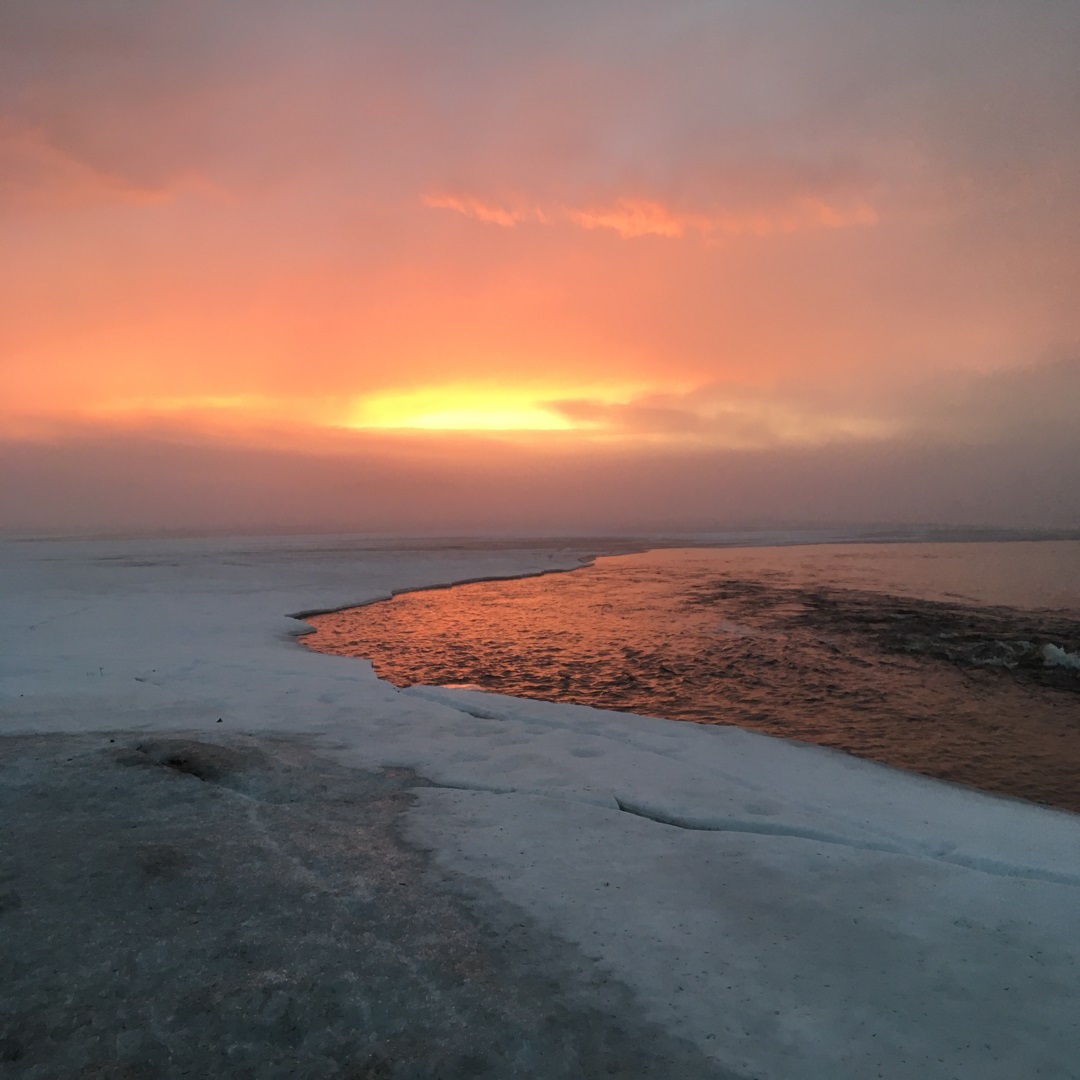 The colours became more vibrant as midnight approached and it appeared that the sun was finally beginning to set, but following midnight, the colours became less pronounced and the blue colours of daylight began to re-emerge. I checked my watch and at 2 am it was almost full daylight. It was incredibly surreal, but the combinations of colour were beyond anything I had expected. I had no desire to go to bed because it was like I was literally watching summer emerge. The lake was gently thawing and winter was a distant memory. The Nightless Night had arrived in Finnish Lapland.

Find out more about our holidays to Finnish Lapland here