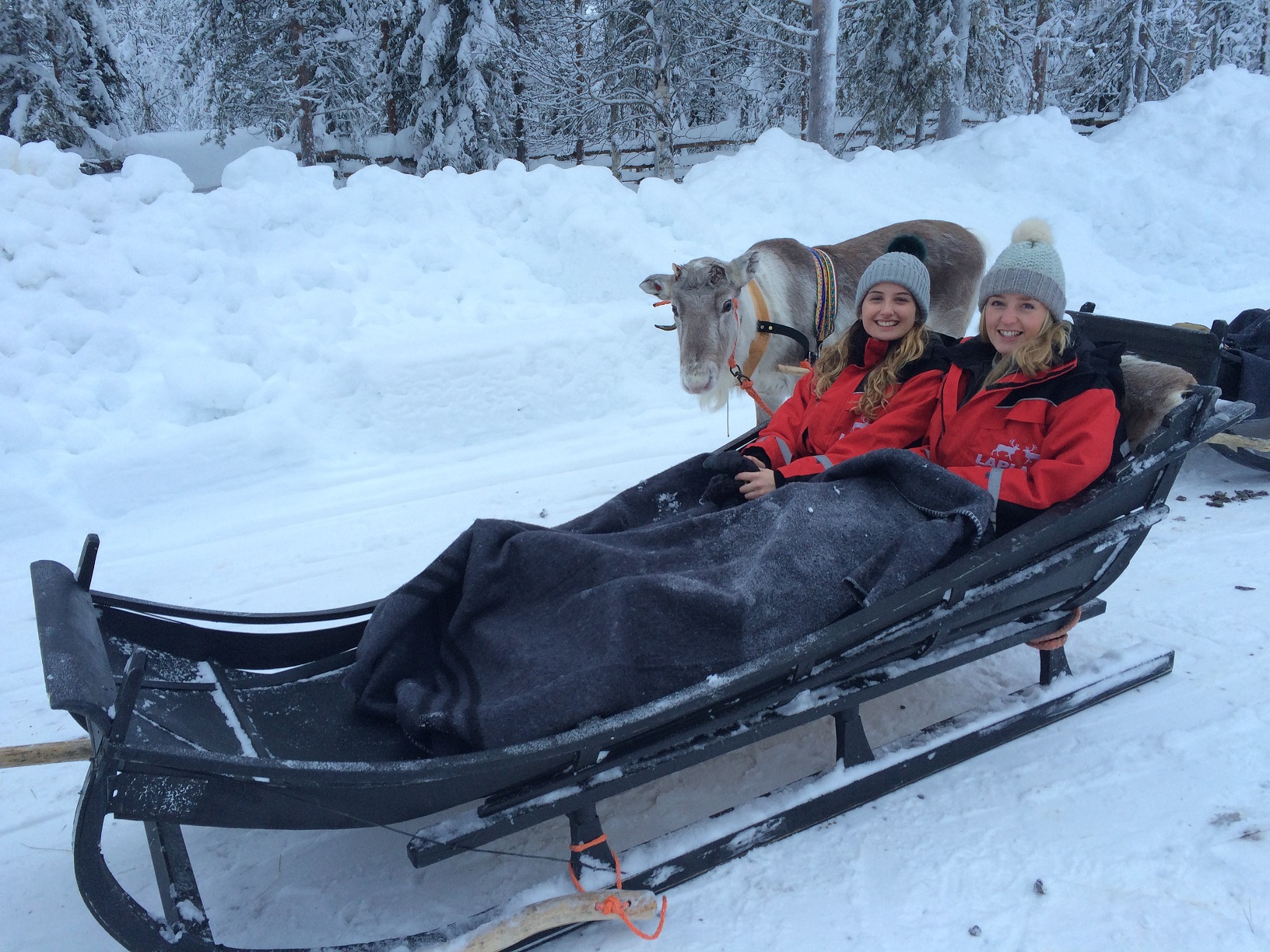 As we arrived into Luosto, I boasted about how much I loved the cold dry air as it reminded me of skiing in the snowy mountains. My statement was very quickly retracted after walking only a few 100 metres in my jeans and coat, my legs began to sting it was so cold! Nothing big thermal outerwear couldn’t fix though. Once we were suited and booted Jenni and I waited eagerly for our first activity in the morning – a snowmobile safari to the husky farm. 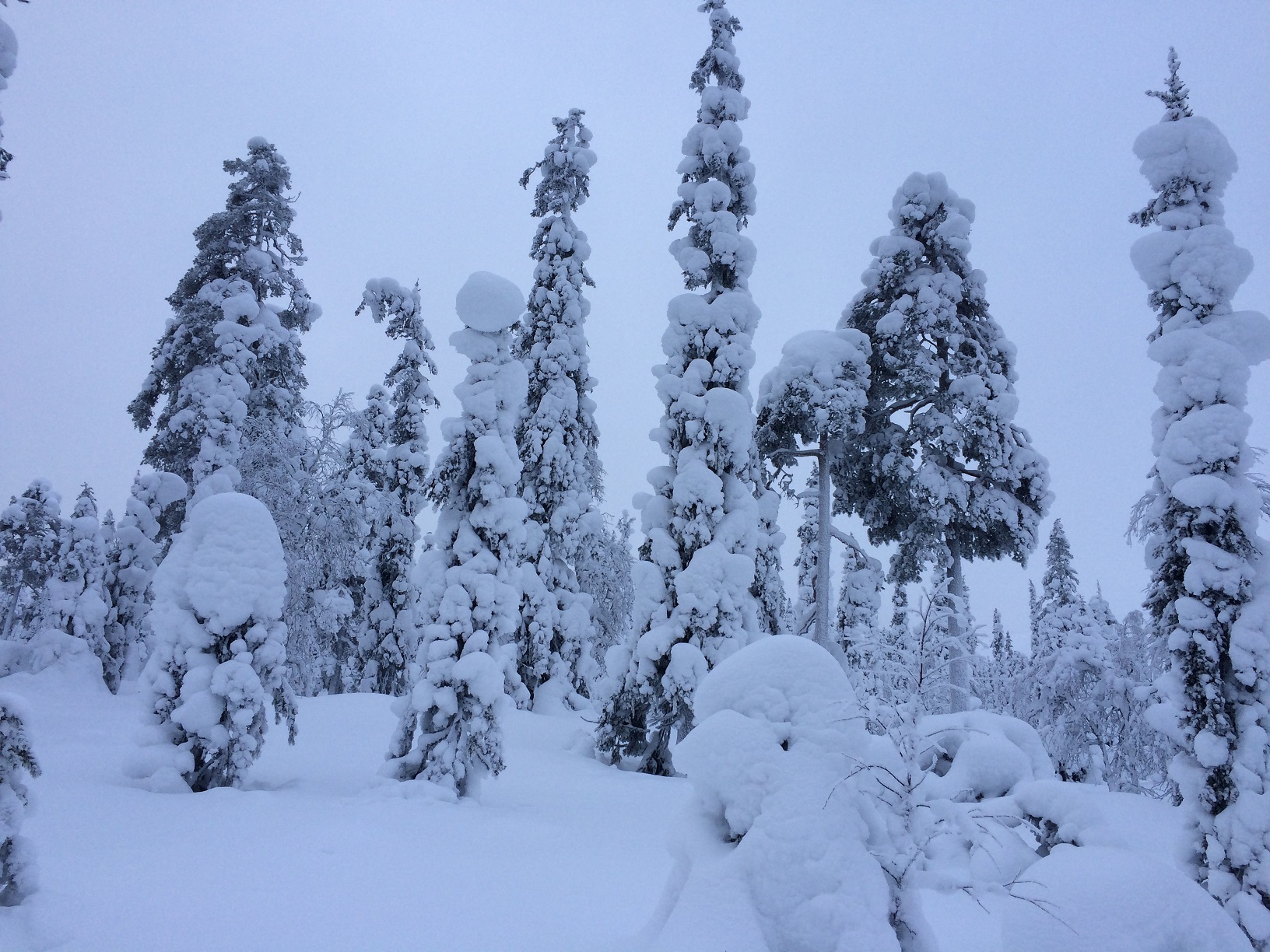 As we travelled through the trees on the snowmobiles, winding through the snow-covered paths, we were greeted by the barks and howls of the excited huskies at the farm. After our demo from the guide, we were introduced to the dogs that were all lined up ready to go, eager to run! I jumped in the sled with Jenni leading as the musher and off we went, travelling at great speed through the beautiful scenery of Luosto. The incredible sound of silence that suddenly hits you, after taking a moment to ease into the comfort of being pulled along through the snow by a team of huskies is such a wonderful experience. 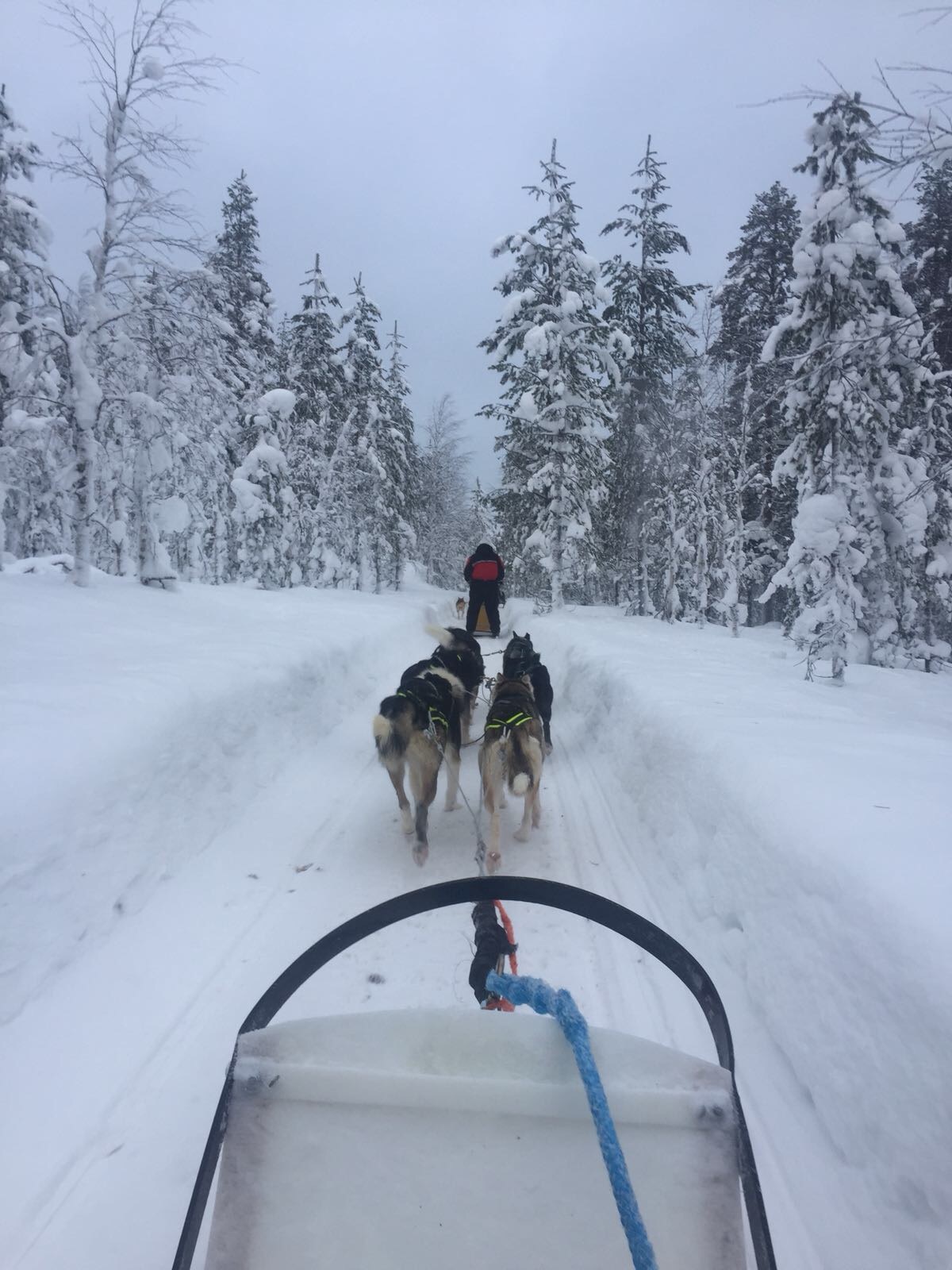 Next, it was my turn to try my hand at being a musher. I was quietly nervous about doing this, but as everyone else made it look so easy I thought it must be fine – and it was, I just didn’t want it to end! As we glided back to the farm and came to a stop, the dogs were so calm and quiet. This gave us a great opportunity to sit and cuddle a few of the pups! After a tour of the farm, we headed to the log cabin for a cup of tea and sweet bread, gathered around a roaring fire, a great chance to defrost and ask questions about the life of the huskies in Finland. 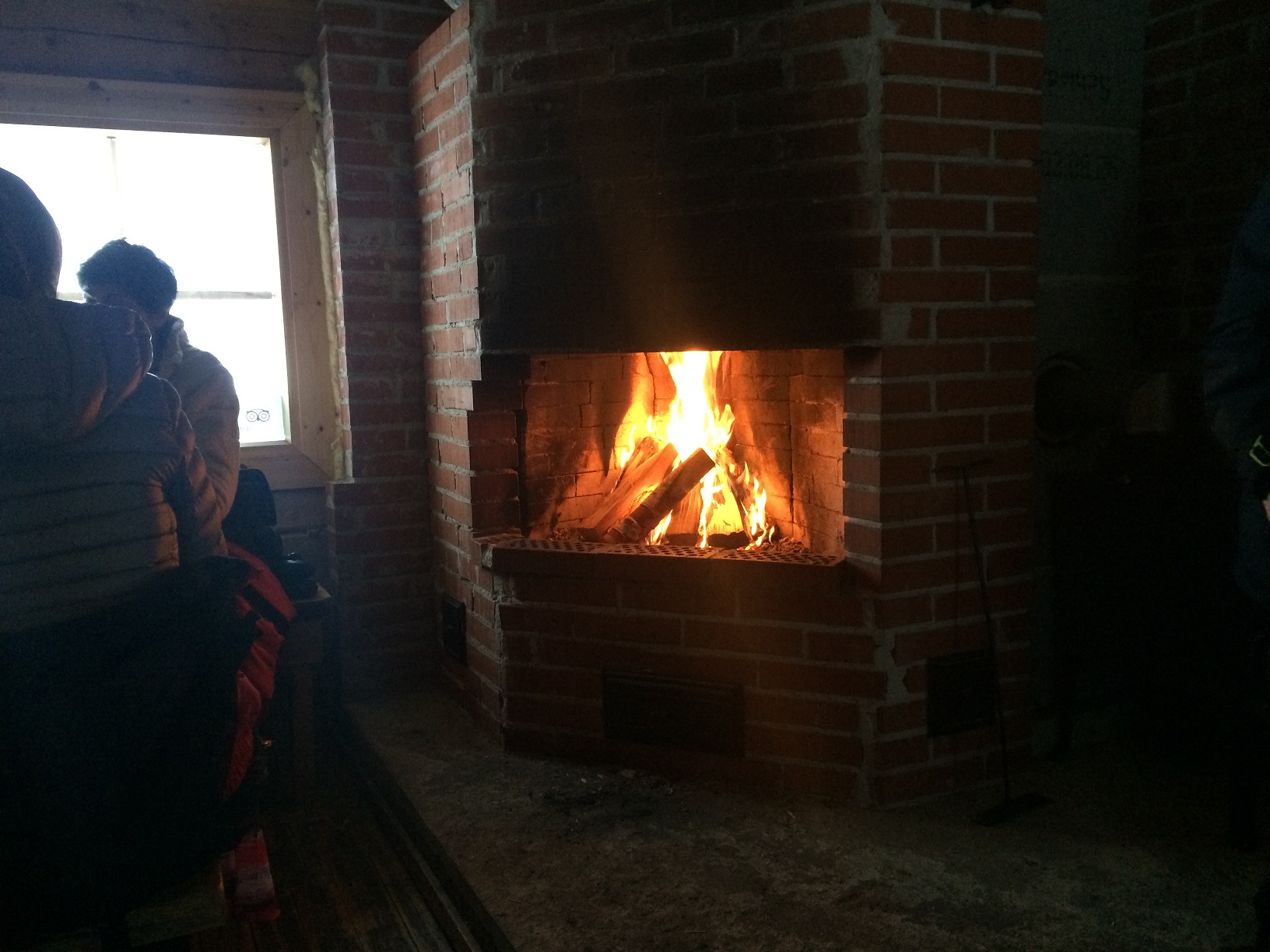 Returning to the snowmobiles, it was my turn to drive back (very excited to be holding onto the hand warmers!) Initially, I was pretty terrified of the idea of driving this beast of a machine, but once I got the hang of it, all I wanted to do was go faster! It is only ever something you see in the movies, so of course, everyone wanted their James Bond moment! This truly was an incredible highlight for me. 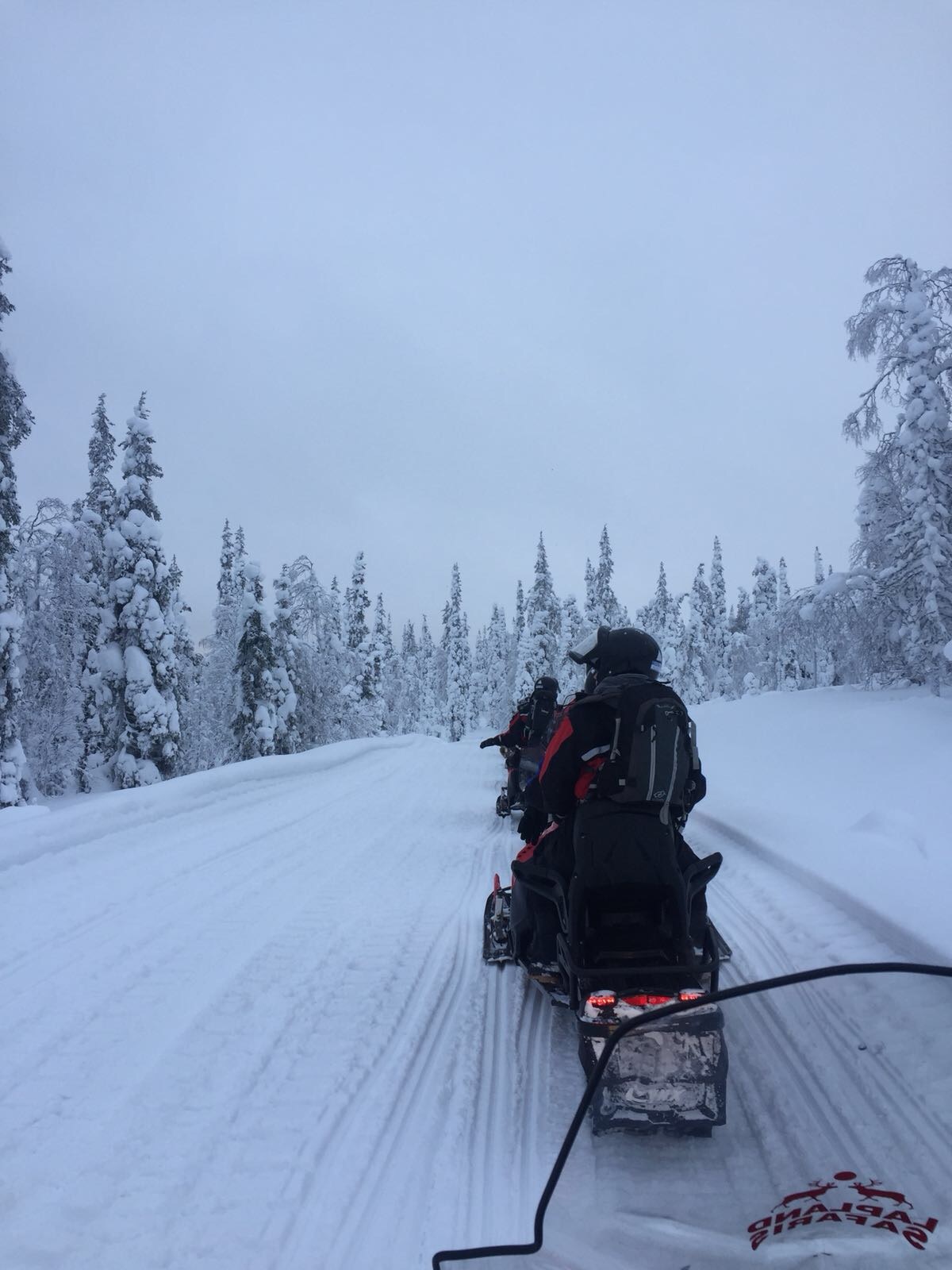 That evening we headed up the fells to catch a glimpse of the Northern Lights, unfortunately, this particular evening there wasn’t anything to see, but the snowmobile drive up there was amazing. Our guide took us slightly ‘off-piste,’ driving very slowly ducking under low, snow-covered branches, with just the glow from the snowmobile lights making me feel as though we were in Narnia! 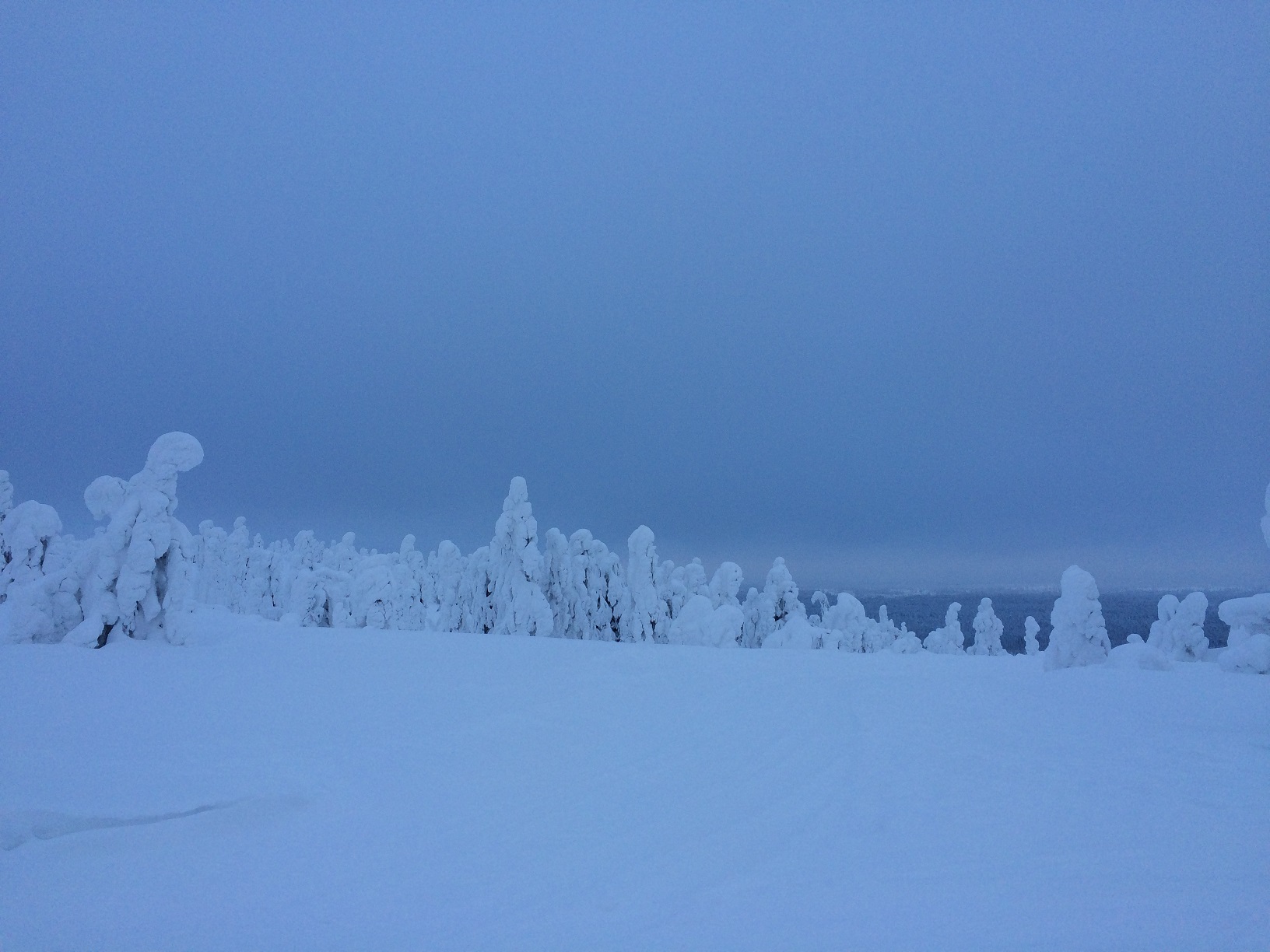 After two weeks of cloud-covered skies and not a Northern Light to be seen, we were determined on our last night - we had to see them! Gearing up in our thermal outwear we headed for the frozen lake with our fingers and toes crossed. My knowledge and thoughts of the Northern Lights were that they would dance and appear suddenly. But that night as we sat by the lake, a green glow began to slowly get stronger and became more visible.

It was, in fact, an Arc Northern Lights display. Eventually, they came out to play! Jenni and I headed back to our apartment content that we had seen them but thought that as the Northern Lights were predicted to be very strong that evening that maybe we should give it another shot. 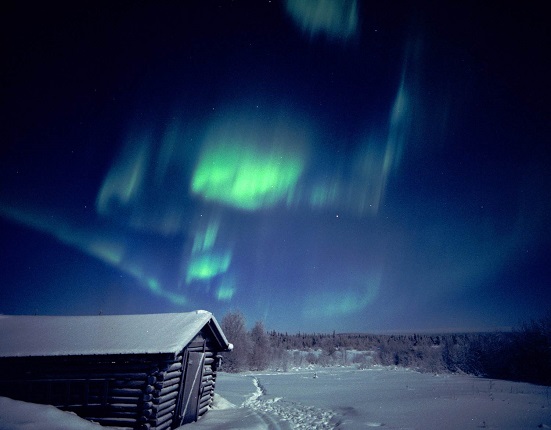 At 1am we reluctantly got out of our warm beds and headed for our thermal outerwear, before making our way back to the lake. Unfortunately, we were greeted by a sky filled with clouds! After waiting patiently for about 20 minutes, we decided to call it a night and head back.

On our way back, we convinced ourselves that we had seen enough of them earlier and that we were content and be able to say we had seen the Northern Lights. However, above us we suddenly saw a slight break in the cloud, revealing the arcs above, I was so excited. Finally, we got to see the dancing Aurora Borealis in all their glory! It felt like there should be music or some kind of white noise added to the effect of the dancing lights above us. But the silence of it made it an even more magical show to watch. 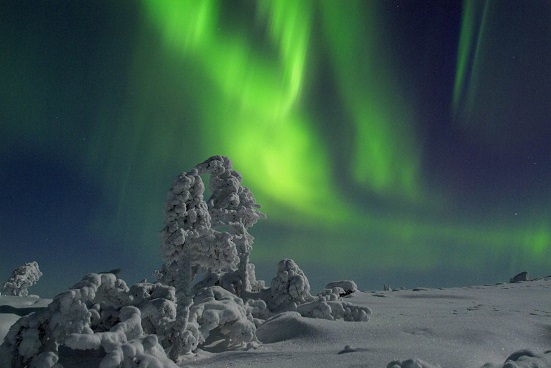 Luosto and Lapland completely blew me away; it was never somewhere I had even thought about visiting in my life and I couldn’t believe I hadn’t even thought about this as an option before. The only reason I would ever have chosen a winter holiday before was to ski. I have now had my eyes opened to a whole new world of winter activities and a holiday destination I didn’t know I wanted to visit and now can’t stop thinking about - when can I return?! Thank you Artisan Travel for such an incredible experience.

Find out more about our holidays to Luosto

« Another big win for the little island of Gozo! Our First Trip To Finland – Part 3: The Most Amazing Adventure »