Two –thirds of those who embarked on the gold rush odyssey didn’t even make it to the gold fields and, of those that did, only a very fortunate few actually struck gold. For many, most even, the last great Gold Rush was a tale of hardship, deprivation, illness and struggle but strangely perhaps, rarely of regret. Despite their trail struggles the Gold Rush became a voyage of introspective discovery and even those who turned back almost immediately expressed the opinion that the massive endeavour required to simply reach the northern goldfields had been life defining and reaffirming.

The story of the Yukon and Alaskan gold rush has been told time and time again. Boom towns like Dawson City and Skagway sprung up almost overnight. Such was the demand for supplies and servicesw near the goldfield that in Dawson's case, the town was built on the only space available, a mosquito infested marsh on the confluence of the mighty Yukon and the Klondike rivers. 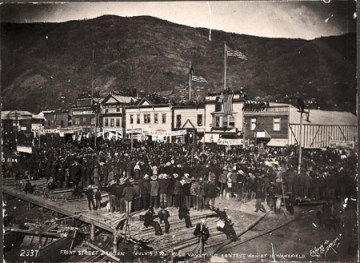 Of course, there are tales of great strikes which made men rich in an instant but, for every successful prospector there were 10, 20, 50 even 100 whose dream died either en-route to Alaska or The Yukon or, in many cases, when they finally arrived at their supposedly glittering destination following a journey that had often taken two years or more to complete. Exhausted by the privations of hauling hundreds of pounds of equipment and food across an unmapped and often treacherous terrain, many a gold rusher would arrive in the likes of Dawson City, realise almost immediately that they had lost the race, sell up and head straight back home. 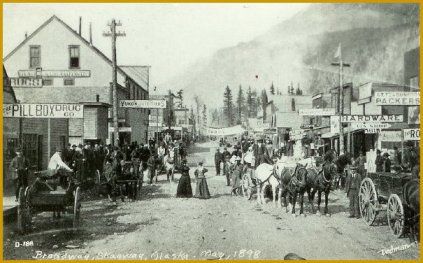 It's a remarkable story

It’s a remarkable story and I would urge everybody to read at least one decent history of the Gold Rush – Pierre Berton’s “The Klondike Fever: The Life and Death of the Last Great Gold Rush” is an excellent entry point. Very few prospectors actually made a fortune from gold strikes but plenty got rich providing services to the thousands of hopefuls. Some were honest and kind and others like the infamous Soapy Smith and his band of Skagway con men, made life a misery for any gullible new arrivals in Alaska. Fleeced as soon as they arrived, Soapy’s victims were often left penniless, homeless and destitute after a journey of 2000 miles. 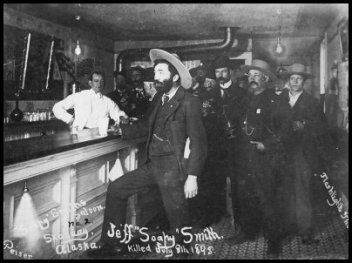 Fortunes were made, legends were forged – my favourite is “Skookum Jim” who not only struck rich but also held the record for the greatest weight of bacon carried over the daunting Chilkoot Pass – dreams were shattered and lives were lost. 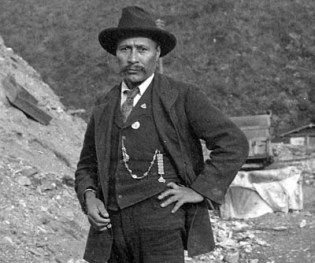 I drove through Whitehorse and alongside the mighty Yukon River

I drove through Whitehorse and alongside the mighty Yukon River while listening to a CD of songs dating back to the Klondike and Alaskan gold rush. You don’t have to get far out of Whitehorse to realise just how difficult, torturous even, the journey north must have been for this is a magnificent yet wild and cruel environment populated by hundreds of lakes, rivers and dome shaped, snow topped mountains stretching endlessly into the horizon.

When I was there, the weather was kind and a cloudless, ice blue sky made for the kind of panoramas that have you picking your jaw up off the ground. It is beyond vast here, it appears infinite but I learned very quickly that the weather can turn in an instant. For a prospector, straining manfully to scale the latest of numerous mountain passes in a driving snow blizzard, things were very different and a snow hole or a flimsy canvas tent their only refuge.

As I listened to those songs in my car I tried to imagine how these people survived such a journey. I can understand why they set out, driven on by rumours emanating from the north of riches beyond the dreams of men but it was surely gold rush fever that kept them on the trail. The Canadian Government stipulated that every person heading north had to carry 1 tonne of food and equipment which necessitated climbing to the top of the Chilkoot and other passes up to 20 times; only the madness borne of gold fever could drive such an endeavour. 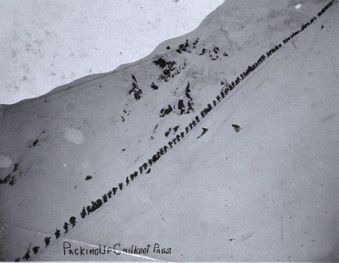 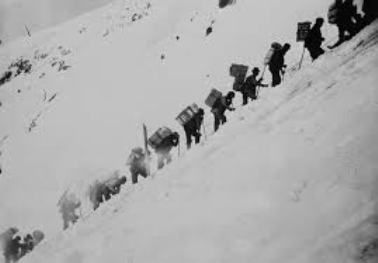 Today’s travellers are lucky. Today we can dress ourselves in the very best outdoors clothing and any amount of transport will get us around.....how the prospectors would have appreciated snowmobiles or a pulled pork sandwich and a strong cup of Joe in the warm and welcoming Burnt Toast Cafe in Whitehorse. 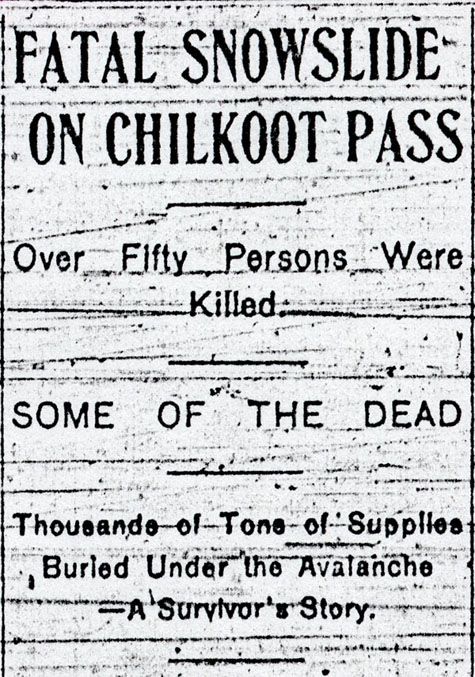 It's amazing up here

It’s amazing up here, it’s like a dream and the vestiges of the gold rush are visible around every corner, nowhere more so than at Skagway’s Gold Rush Cemetery with its hotch potch of faded headstones a testament to too many a broken dream. 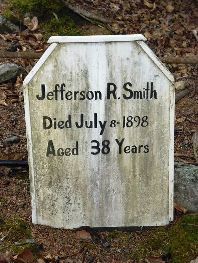 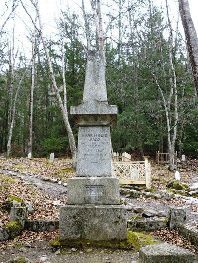 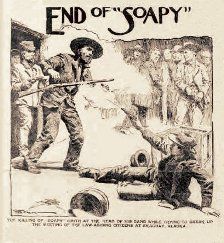 In doing so, Reid was widely lauded as being "the man who saved Skagway"

They are all long gone now but what people they were and what times they lived in!

I’m glad I travelled to Alaska and The Yukon in the present rather than 115 years ago because I know for a fact that I could not have completed that arduous and all too often heartbreaking journey. I raise my hat to all those gold rush ghosts, to Skookum Jim, Joe Ladue, Slickwater Jim, Klondike Kate and even Soapy Smith.

They are all long gone now but, what people they were and what times they lived in!

If you fancy chasing a few gold rush ghosts then we feature winter and summer holidays in both The Yukon and Alaska. Simply click the links below.

Holidays in the Yukon