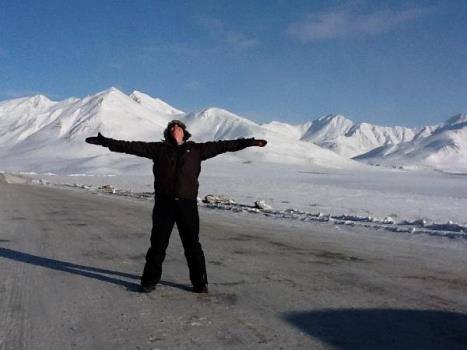 My desire to visit Alaska was first piqued in the 1990s by the TV series Northern Exposure, a wonderfully quirky portrayal of all things Alaska and Alaskan. Add to the mix a growing fascination with dog sledding, the last great gold rush, the Aurora Borealis and the writings of Jack London and Alaska rapidly rose to No.1 on my burgeoning travel bucket list.

It is said that you should never meet your heroes and, in its own way, Alaska was my hero. I travelled there with a certain degree of trepidation and, such was the weight of expectation, I had even prepared mentally for a measure of disappointment. Happily, Alaska was everything I had imagined it to be and far, far more besides but the realisation of actually being there took a while to sink in.

I went mushing with dogs owned by Iditarod champion Dallas Seavey, I flew over a glacier in a helicopter, danced underneath the Northern Lights, flew over the Arctic Circle and the mighty Yukon River, I visited Skagway’s immensely thought provoking Gold Rush Cemetery and much, much more. The trip was like being in the best dream ever until I found myself standing on the Dalton Highway somewhere north of the Arctic Circle. Standing beneath an ice blue sky which stretched endlessly away over snow covered hills and mountains the realisation dawned that not only had I made it to the very top of my bucket list but I was ticking Alaska off with a flamboyant and joyous swoosh of a thick and vibrantly coloured marker pen.

That moment is summed up perfectly in the photograph above, the sheer unadulterated joy and satisfaction that can only be derived from fulfilling a long standing travel ambition.

At that moment I am shouting at the top of my voice, “I’m in ALASKA!!” and it sums up exactly what I believe the Artisan Travel Company is all about. Artisan is all about creating shortcuts to the bucket list experiences and places for which so many of us yearn because, as my father pointed out on the occasion of my 50th birthday,

“The next twenty years are the blink of an eye.”

There is no time to waste!

« Cold Feet in Cold Foot Land of the Icebergs »